In the second of these articles, we are gathering together more motivational insights from our former contest winners.

What we have learned from them is that whether you win the contest or not, the act of participating is important. What was once a private document sitting on your computer is now shared in a creative community and the feedback you receive can help make your writing stronger.

We hope that sharing our Winner’s insights will give you the inspiration to develop your craft, and the self-belief to take your writing to the next level!

There has never been a better time to pursue a career in screenwriting, so let’s read what they have to say.

“My first piece of advice is to be fearless, don’t be afraid to let people read your work; if you don’t take the plunge your scripts will just sit in a drawer collecting dust.  The other is to be prepared to sell your script!” Lee Cross. 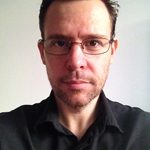 Lee was a 2014 Feature Winner with BLACK CREEK; a story about a small Alaskan frontier town that is plagued by a series of horrific attacks. Lee first became interested in screenwriting as a teenager making films on a camcorder. Lee is currently writing a modern crime drama set in New York and also produces a weekly webcomic; a noir-style detective story set in 1950s London.

“No writer ever made it by giving up. Rejection is built into this process of trying to sell (yourself)…Write well. Write compelling stories. That’s what we control.” Doug Spaltro 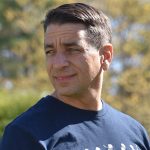 Doug was a 2018 TV Pilot Winner with WASHED, which focuses on a misfit group of disillusioned religious zealots who band together to hunt down charismatic religious leaders and expose their hidden crimes. Doug retired from the USAF in 2007 after which he lived in the Middle East, working in aeronautics, and it was during this time that he wrote his first screenplay. Doug’s latest short film, APPLE, is currently competing in film festivals around the world.

“Get good at multi-tasking. I’ve sometimes witnessed a negative attitude toward multitasking – that it disperses an individual’s energy and focus in a bad way. However, one of the most common questions I get asked in meetings is, “What else are you working on?”. I don’t think anything bad can ever come from building a bigger body of work and more projects to be excited about. It’s just more investment in yourself as an artist.” Jerome Velinsky 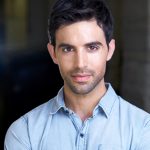 Jerome was a 2017 Feature Winner with THOSE WHO HEAR; the story of a small-town cop who investigates a series of unsettling reports about a mysterious humming sound that plagues the lives of local residents. Jerome is a writer, actor, and director from Australia who has worked extensively in front of and behind the camera. His latest short film, DARKER, DARKEST has just premiered at Flickerfest and he is currently in pre-production with his first feature film.

4) Remember to have fun

“Don’t create to satisfy other people’s criteria. Amuse yourself. Take the tedium out of the medium.” Sam Baron 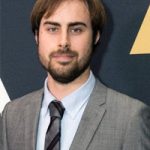 Sam’s short films have had six million hits online, and he has won the Academy’s Nicholl Fellowship for his feature screenplay The Science of Love. Sam is represented by Curtis Brown and UTA and managed by 3 Arts. 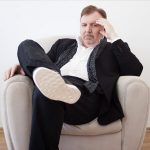 Steve was a 2018 TV Pilot Winner with FITS THE CRIME, which follows a young police detective in a vehemently homophobic police force in the 1980s, as he hunts down a serial killer who targets London’s gay community whilst dealing with his own sexuality. Steve is both an author and a screenwriter and describes his screenwriting journey as both therapeutic and revelatory. Steve has just secured a literary agent in London for his latest book – The Greatest Achievement.

Listening to our previous winners it is clear that entering Shore Scripts has marked the turning point in many of their careers as they gained recognition and began to view themselves as capable and creative screenwriters. For many, being placed the contest has also lead to them gaining representation, optioning, or selling their scripts, and even having their work produced.

Whether you decide to enter our contests or not, we urge you to Keep Writing! More details about our annual Feature, TV Pilot and Short Film contests can be found here on our website.