The Top 5 Tips To Getting Your Film Funded

This post originally appeared on the Chris Jones Blog. 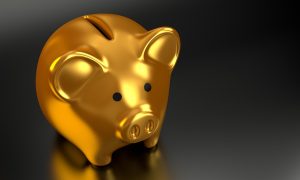 Attracting money ALWAYS begins with the question… WHY?

Why on earth should I give YOU money as opposed to buying a car, building a patio, going on holiday, funding some inner-city kids dancing project, investing in stocks and shares, etc… you get the picture.

And yet SO MANY filmmakers, myself included, rarely address this central question.

So let’s look at the top five ingredients to getting backed…(be it a short, feature, doc or animation, etc) why should you get the money…

1. Because I believe in it, and it’s going to be great!
OK, well that goes without saying right? I mean really, that is NOT a selling point. Don’t get me wrong, you must have self-belief, and have it in spades, but it’s no selling point. Absolutely, this could grab the low hanging fruit of close friends and relatives, but it’s not enough for ‘harder’ money.

2. Because it’s a great story about…
Well yes, that’s more like it. Ideally supported by some great images, artwork, a business strategy, a clear and simple genre proposal… OK good, good, this is getting people with money interested. They can start to see the film in their mind, especially as you have been selling so enthusiastically.

3. And all these GREAT people are involved…
There’s nothing like ‘named’ collaborators with track records. That begins with actors, who you may not be able to afford I appreciate (but you should ask anyway). But it also includes crew and their credits too. What you are associating with here is experience, and ideally, showing a track record of collaboration with YOU. And the web has created a new generation of ‘stars’ or ‘influencers’ who you SHOULD get involved too.

4. Because I have built a large ‘tribe’ via social media and live events…
Great, and those guys will almost certainly take a look at what you have going on. BUT, remember, just like you, they are probably members of a number of other tribes too. How many tribes? Who knows, anywhere between a handful and a few hundred. Their time is NOT your property, but their door is open for a brief and engaging chat. The key is ENGAGING. When you are ready, and not before, let them know what you are up too.

5. OK, here is MY X Factor for the project…
This is the killer element. I saved it for last on my list, but really it’s the first one and should be pushed WAY OUT FRONT. Points 1 to 4 are simply a backup to this killer USP. The others act kind of like ‘convincers’. It’s that one or two-liner that sells the whole concept.

1. Because I believe in it, and it’s going to be great! Hell yes, you could sense my enthusiasm and passion at every step.

2. Because it’s a great story about… an old man and a young boy who deal with bereavement through their shared love of fishing. It’s also a primer for my feature ‘Rocketboy’ (adding a link to your artwork). It’s a family film that will deliver a roller coaster emotional experience. OK, I think I covered that one pretty well.

3. And these GREAT people are involved… Yes, we are going after A list cast and a great crew. We already have this casting director involved, a top editor and quotes from the Sunday Express critic who said… ‘What a truly wonderful screenplay!’ This REALLY sets the caliber of the project. And I ALREADY have relationships and commitment in place, I am not just hoping for great people (what this means is to get your project ready and don’t announce too early).

4. Because I have built a large ‘tribe’ via social media… Ironically, when I made ‘Gone Fishing’ I didn’t have much of a tribe. I built a new tribe on that journey though, a tribe that continued to contribute to the project too.

5. And here is the X-Factor… I am aiming to win the Oscar for best short film… and you can come on that rollercoaster with me.

Anyone who knows the ‘Gone Fishing’ journey will tell you that I delivered on this X Factor in spades, blogging the whole journey, making videos along the way and generally sharing the experience as best I could. All the way to Los Angeles and the Academy Award nomination announcements!

Remember, the X Factor is the big whammy, it answers the question ‘WHY?’ The others simply convince the nagging little voice of doubt in the mind of your potential backers.

So why did people help me make Gone Fishing? Here’s why…

‘I am going to try and win the Oscar, and if I do, you can come on that journey too. It’s a terrific family film that will move you emotionally (here’s some artwork to back it up) and I will utilise the great people I already have involved to get even more great people involved, including amazing actors. I really believe this is going to be extraordinary and I invite you to get involved…’ (NOTE the headshot makes me even more real in the readers mind, even if I do risk looking like a dork!)

Remember, above all be ‘REMARKABLE’… worthy of remark, not just amazing. A back-flipping cat is remarkable for instance. It’s the hook that draws people in.

You can find more from Chris Jones here:
My movies www.LivingSpiritGroup.com
My Facebook www.Facebook.com/ChrisJonesFilmmaker
My Twitter @LivingSpiritPix