The Future Starts Here: Adventures in the Twenty-First Century

“Reality is a Rorschach test: what you see reveals more about you than it does reality.” John Higgs. 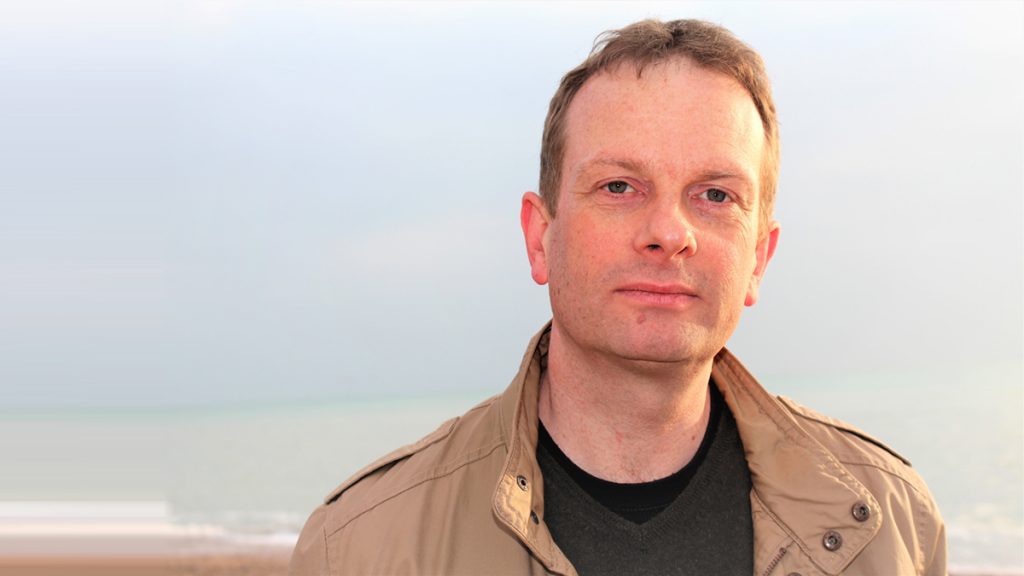 John Higgs’s observations on how we conceive our future, and how we tell stories about the future should resonate with emerging writers of science fiction, and with all screenwriters seeking to develop a new, distinctive voice.

Justine Owens recently had the opportunity to speak with the author who specializes in finding previously unsuspected narratives, hidden in obscure corners of our history and culture, which can change the way we see the world.

Justine: Whilst encompassing a wide critique of contemporary culture in The Future Starts Here, you often seem to focus on the stories we tell ourselves as human beings. What is it that fascinates you about storytelling?

John: I think that humans are basically story-processing machines. When we’re left to our own devices, that’s what we do. Most people spend their free time devouring story, such as Netflix box sets, in the evening. They don’t spend their free time going out looking for a fight, exploring unknown territory, or building cathedrals, so those shouldn’t be the things that define us. Story is integral to how we understand ourselves, our politics, our career, our history, and pretty much everything else. Neuroscientists and psychologists alike talk at length about their inability to find a ‘self’ inside us, but this shouldn’t be surprising because the ‘self’ is a story we are working on. And once you acknowledge how central story is to our lives, it becomes impossible to look at culture without considering it.

Justine: You frequently refer to the concept of metamodernism. What does metamodernism mean to you, and how has it affected your own writing?

John: I suppose the simplest answer to that is that metamodernism is what has come after postmodernism. There’s general agreement that we’ve moved on from the postmodern late twentieth century, but that still leaves the problem of defining what we’ve moved on to, without the benefit of hindsight. If I had to boil my own understanding of it down to a couple of sentences, I’d say that there is now an understanding that while everything is flawed, those flawed concepts can still be powerful tools in the right circumstances. When they are applied well, those flawed concepts can create a culture that is inconsistent, changeable, extreme, wildly varied, and full of potential. It is results that matter now, not how pure, and consistent the ideologies involved are.

Justine: The Future Starts Here examines our current fascination with apocalyptic stories and offers an alternate way of understanding why this has come about. Do you feel we are now at a point in history where stories of hope and pragmatic responses to challenges will become more prevalent?

John: I do, very much so, because I think the Generation Z audience will demand it. They are a much more empathetic generation than Millennials, they are far more focused on the feelings of others and they are drained by grimness and doom. I think we’re starting to see this happen. As an example, Iain M. Banks’ utopian Culture novels were, for decades, the most successful sci-fi novel series that no one ever attempted to adapt for the screen. Now, Amazon Studios are developing a series. It’s just one example, but it seems a symbolic one.

Justine: Taking forward your discussion about the way neural networks learn by a process of absorption and repetition, would you say the more you write, the better you get?

John: Not always. I’d probably say that the more you think, the better you get. There’s no point typing away if the tank is empty and you’ve got nothing left to say. When you find yourself repeating what you’ve done before, it’s best to walk away from the keyboard and let your curiosity lead you for a while. This is something that neural networks can’t do, which is why they’re not coming for storytellers’ jobs in the foreseeable future.

Justine: You refer in the book to our love of rankings; Rotten Tomatoes, IMDb, and the like. And how these sources can be misleading in that a film that widely splits opinion can end up scoring the same as a bland, middle-of-the-road project. Have you any thoughts on how an emerging writer can develop their understanding of “what good looks like” without recourse to these authorities?

John: I’d say those sites are a terrible place to learn “what good looks like”! You can make a living writing competent if unnecessary copies of previously successful material, but who wants to spend their creative lives doing that? It’s much better to learn what your good looks like, which you can only do through writing, rather than worrying about what the acceptable average is. The first Golden Rule of writing is “Write something that people will give a shit about”, and you can’t do that if what you’re writing comes from a place of rational calculation rather than genuine enthusiasm.

Justine: One of the fascinating elements of your book is the realization of how radically different the current Generation Z think, from say the Baby Boomers or Generation X. Given that Hollywood is largely staffed by this older generation; in your opinion, will they even be able to recognize a good story, that plays with writing conventions, that will appeal to the upcoming, younger generation?

John: That’s a good question. I think if you went back ten years and pitched the intricate Marvel Cinematic Universe, exactly as it has played out, I think most Hollywood folk would have laughed you out of the office. That just wasn’t how cinema worked. But filmmakers find a way, and the industry pays attention to success. There were many who believed that female-fronted or more ethnically-diverse films would be box office poison until filmmakers showed them that this was what young audiences want. The industry always adapts, but not all individuals do. There are certainly people in all industries who have no idea how Generation Z think, or which aspects of their understanding of the world are on the wrong side of history.

Justine: From your own experiences, can you share any advice or experiences that have enhanced and benefitted your writing?

John: I’ve learned to trust my enthusiasm, which can lead you down routes that may rationally appear unwise from a career perspective, but which have always proved to be the right choice when you’re playing the long game.

John Higgs is a writer who specializes in finding previously unsuspected narratives, hidden in obscure corners of our history and culture, which can change the way we see the world. His books include Watling Street, Stranger Than We Can Imagine, I Have America Surrounded, and The KLF. His latest book, The Future Starts Here: Adventures in the Twenty-First Century, is available on Amazon and you can follow John on Twitter – @johnhiggs and on Facebook – @johnhiggsauthor