THE ART OF ADAPTING 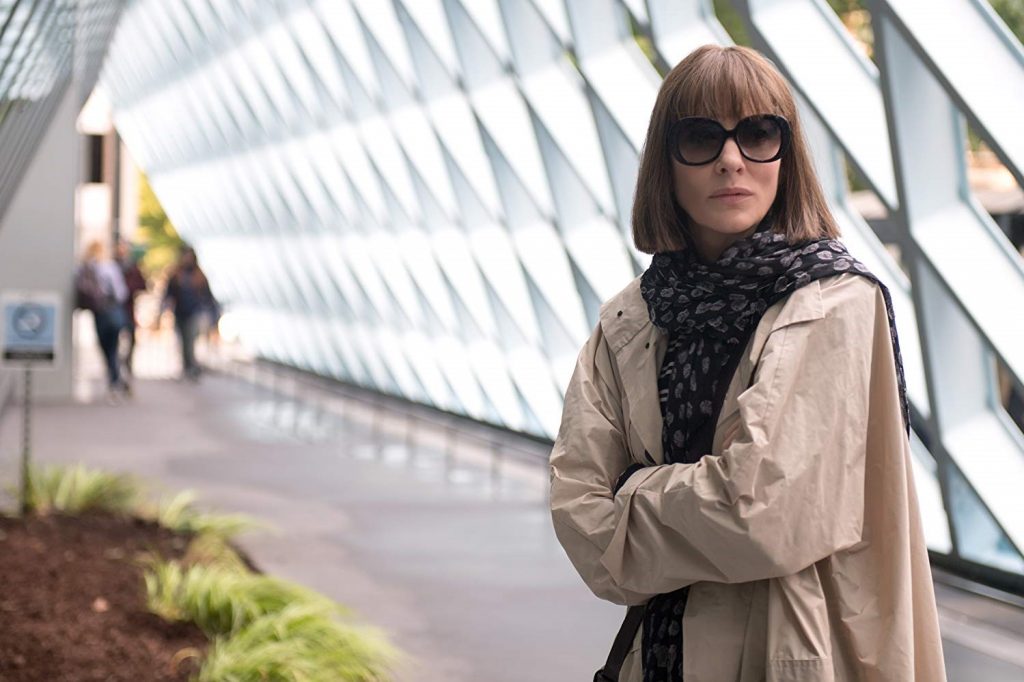 If you check the Cinema at any given time, chances are you will see several book-to-film adaptations. If you turn on your television, the chances are just as likely. These days, it is pretty much safe to assume that following the commercial success of any book on the New York Time’s Best Seller List it will soon be the story’s turn to move to the big screen. A current example of this is Richard Linklater’s adaptation of Where’d You Go, Bernadette (2019) starring Cate Blanchett as the eponymous Bernadette. The film is based on a 2012 novel written by Maria Semple, author of another popular book a few years back titled Today Will Be Different (2016). In many ways, Where’d You Go, Bernadette begged for a screen adaptation, especially considering Maria Semple’s background as a comedy writer.

An interesting fact regarding Maria Semple’s background is that her father was a screenwriter who penned the original Batman pilot. Furthermore, Semple even became a screenwriter herself prior to her success as a novelist. Semple’s screenwriting credits include Arrested Development, the original Beverly Hills 90210, and Saturday Night Live. Because of this extensive screenwriting background, it would be natural to assume that Semple would write her own screenplay for “Bernadette.” However, the script was eventually written by writers Scott Neustadter and Michael H. Weber who were responsible for the wildly popular 2014 rendition of Fault in Our Stars. What is even more surprising is that the outcome would be a film adaptation considered by some as far removed from its source material. 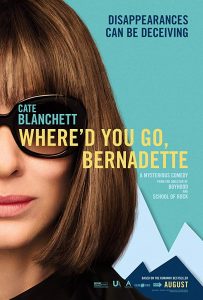 Semple’s Where’d You Go, Bernadette is a novel with a very contemporary and innovative style. She frames the central mystery through a series of texts and emails. The story largely revolves around the displacement of the titular character and is hardly conveyed through the perspective of Bernadette. This is a huge difference between the book and the recent film adaptation. According to Chris Lee from Vulture:

“When it came to adapting Bernadette into a movie, however, writer-director Richard Linklater took a decidedly different approach. In his movie, the misanthropic former architect (played by Cate Blanchett) is almost never not on screen. In a drastic departure from the novel’s central conceit, the viewer faces precisely zero uncertainty about Bernadette’s location for all but one brief scene, in which she jumps out of a bathroom window. “We can’t have our protagonist be gone from the movie for 35, 40 minutes — she’s the story,” Linklater says. “Bee doesn’t know where Bernadette is. Elgie doesn’t know. So, it’s still the story; you’re just given more privilege. To me, her journey is really what it’s all about” (Lee, 2019).

This change may have infuriated some cinema-going readers who valorized Semple’s original stylistic choice. When considering why such changes are made, it is important to note some of the agents that actively shape and superintend the cinematic medium. This is especially paramount for burgeoning screenwriters endeavoring to understand the adaptation process. Following this example from Where’d You Go, Bernadette (2019), one can consider some of the other ways screenwriters are obligated to contend with the competing interests of both mediums.

For one thing, the medium inherently forces the conversion of the written word into the visual language of film. It changes the way the story is told, privileging a showing of events over a telling. Authors will also privilege “a showing of events” through the literary description in the novel. However, the adaptation of literary description is less likely. This is because the film does not need as much time to develop an atmosphere, nor does it have the time to spare.

The second issue to contend with is the differing chronology of the two mediums. A book could vary from a hundred pages to a thousand, but the film version will almost always be the standard feature-length. This standard run-time is around ninety minutes and works as a rule serving the economic factors that govern production. To fit this standard length, the material of the novel must almost always be condensed. Though there are some short stories which could be extended in a film by a broadened scope, typically the source material is being used more for inspiration than it is enduring the process of adaptation. Therefore, a lot of plot points from the novel must be eliminated. The choice of what is eliminated depends on the rationale of the screenwriter. Typically, the screenwriter will search for more active story elements that are central to the central conflict.

The third point of contention is choosing what stays and what goes in the book to film screenplay. Often, what stays are the more riveting and action-packed scenes from the novel. What usually goes are the scenes that are more descriptive and introspective. Once again considering the time constraints, what stays is usually necessary to the plot and main conflict. Additionally, scenes may be added in a film to propel the plot along to work towards the aim of simplification. Settings and costumes are also introduced in the film version that was not in the novel. The screenwriter must consider the issue of potential visual monotony when imagining the settings in which the story is told. For instance, a book could bounce back and forth from only a handful of settings. Though this could be tolerable in films with more artistic ambitions, most commercial films seek variation in the “mise-en-scène.” All these points of contention are considered through the book to film adaptation process. A large part of the screenwriter’s role in the book to film transition is to condense, rearrange, simplify, as well as respect the requirements that ultimately a film is a product that will be bought and consumed. If a screenwriter can master all these requirements, then with luck they may come to become a master of adaption. 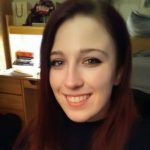 Heather is a published Entertainment journalist and film critic accomplished in motion pictures and television studies, as well as multimedia journalism.