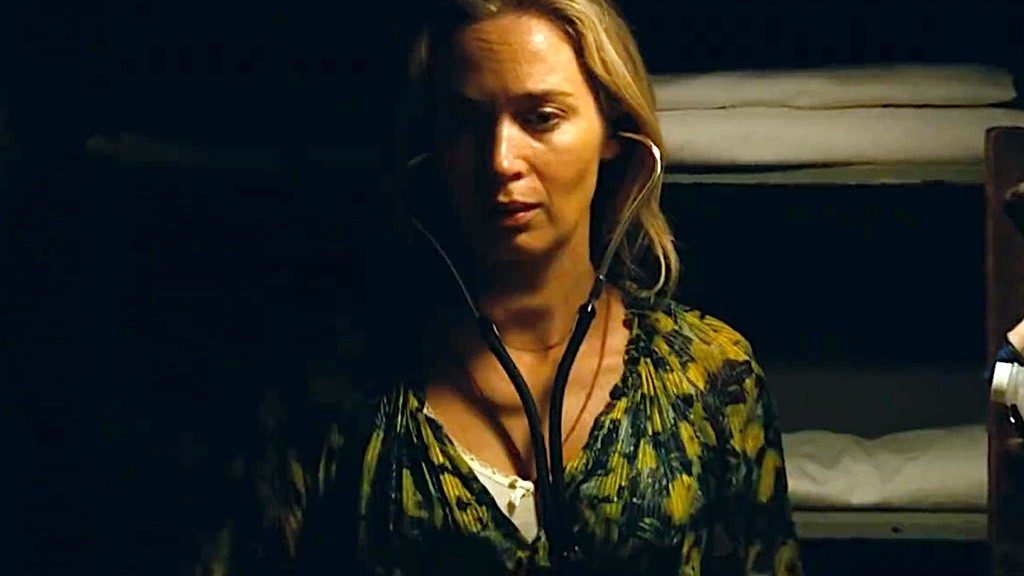 As a director, when I pick up a script, I look for what emotionally grabs me. This can come from lots of places.  I have noticed that scripts that have scenes that are open for an actor to respond with a subtle gesture or movement and are sparse with expositional dialogue capture my imagination the most.

That age-old rule of ‘show don’t tell’ is still relevant and the greatest tool to achieve this is silence.  Lots of writers have a love of dialogue, which is great if it suits the style and doesn’t feel as though they are telling us the story. For example, I love the Before Trilogy and here the dialogue is paramount to the evolution of the characters’ relationships. But even films that are wonderfully filled with characters talking, can have moments of quietness. And recognizing why and where you can use silence can enhance your script and ultimately the film.

A Quiet Place, M, and There Will Be Blood are great examples of films that utilize moments of silence for dramatic effect. They use it to scare you, to show you the harshness of a mysterious land or just as a simple response to another character who has just delivered large for emotional impact.

Think about the first five minutes of There Will Be Blood, you are watching the plight of a determined man, a person of solitude who eventually damages himself in his quest for wealth. We know the toughness of his environment, partly by the silence that is in the scene. It’s also important to note that silence doesn’t necessarily mean without sound. In this context, the scene is filled with the noises of the story world through the sound design and the score. 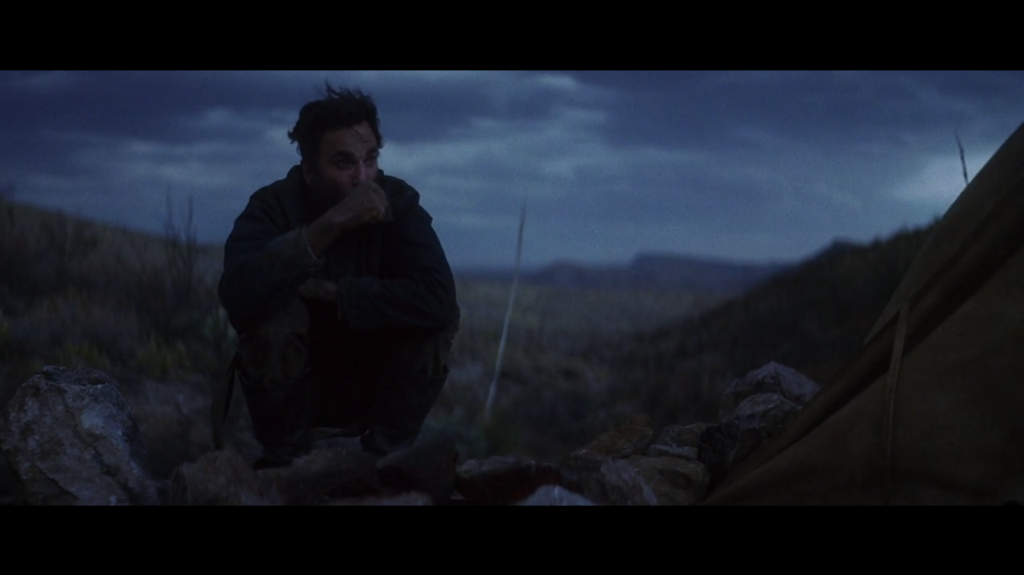 There Will Be Blood – Paul Thomas Anderson 2007

It is interesting that we still celebrate directors who started their careers in the silent era, (Hitchcock, Lang, Ford etc.) as the founding geniuses of the medium, for a specific reason; they could tell us a story visually. Even if the sound broke down the visuals and the story kept going.

Hitchcock’s famously said, ‘If it’s a good movie, the sound could go off and the audience would still have a perfectly clear idea of what was going on.’ However, you should never underestimate sound in the world of the characters as it has a great effect on how he or she reacts and how the audience perceives the film. The soundscapes in Eraserhead and Berberian Sound Studio help define the worlds the protagonists live in. 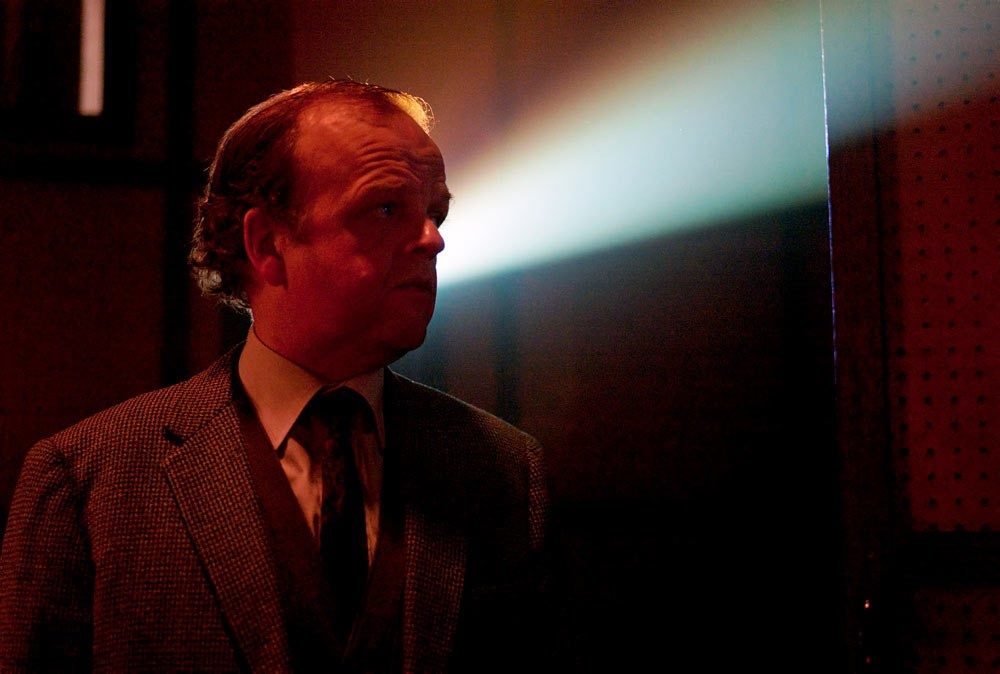 Here are some of the uses of silence in a script:

These moments of quietness can occur from multiple sources: from an actor’s performance choice onset or from a cut in the editing room. From a scriptwriter’s perspective, silence can be indicated by either creating strong beats in the narrative or by minimizing the dialogue. 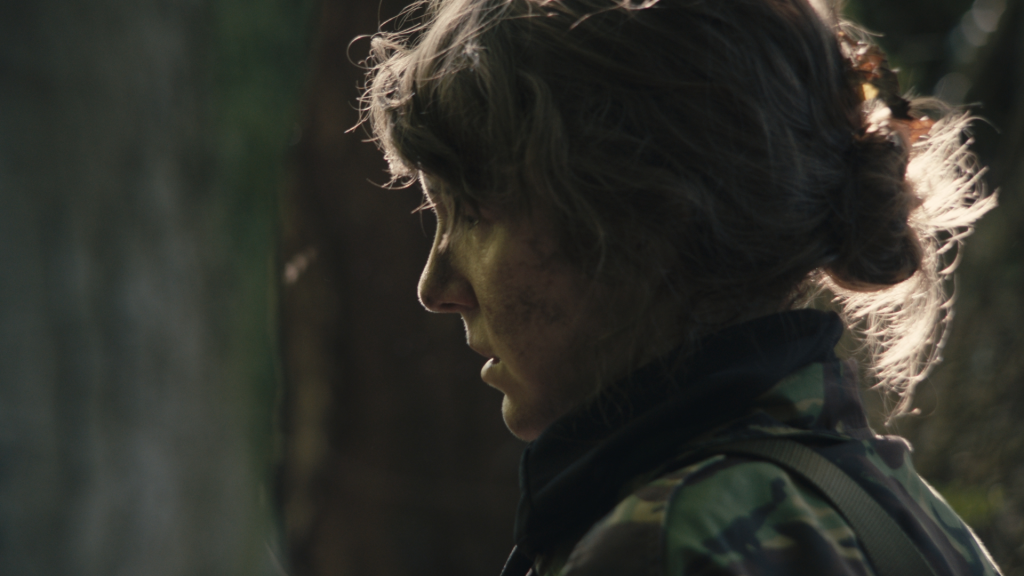 Like all directors when I am making a film I try to communicate with all the heads of departments on next steps, but performance is usually on the top of the list.  I like silence because it gives my cast an opportunity to add a subtle, awkward, or knowing look.

I made a short film Scavenger with a scriptwriter who is a friend of mine and when we discussed the approach to the film we decided that it would be a more interesting stylistic approach to go without any dialogue. Removing all the dialogue was a bold stylistic choice, but it worked for us as it set up apart. A secondary benefit was that the film translated well in non-English speaking parts of the world and Scavenger received an Asian distribution deal because of this.

So, I guess you are asking “How can this help me with my writing?” Well, the most important question you need to ask yourself about dialogue is “do you need it?” Just as important is that you clearly identify the style you’re aiming for. Yes, Armando Iannucci has an amazing developed style with witty dialogue and sharp comedy, but it does not work for everybody. Is it right for your story? For your voice?

If you are new to writing, directing and/or filmmaking I would suggest you set yourself the task of making a two-minute dialogue-free or minimal film.  I can guarantee you that it will remind you that film is a primarily a visual art. And one that is enhanced by the sound design and a score. 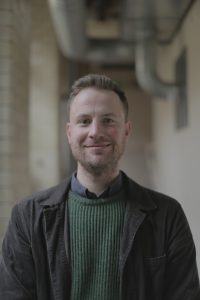 Keith Wilhelm Kopp is an award-winning film director and lecturer based in England. He has recently been given the early development award from the BFI with his friend and screenwriter Laurence Guy and is shooting his first no-budget feature film. Keith is also a member of our Directors Roster.