All the little storylines and the backgrounds of most of the characters are pulled from real situations […] Emotionally, I completely identify with a lot of the main characters in the movie, and what they’re going through. They’re all dealing with questions I dealt with while I was working at that place, and still continue to deal with and work through. Destin Cretton – The Dissolve 23/08/2013 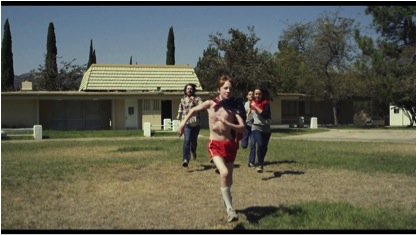 Short Term 12 tells the story of Grace (Brie Larson), a 20 something group-home employee who is all hard-shell-soft-center and the at-risk-teens in her care. When working with the kids, whose tribulations range from suicidal tendencies to violent behavior, she advocates the same emotional openness she isn’t able to implement in her own personal life.

Things at the home start to intensify when talented but troubled wordsmith Marcus (Keith Stanfield) is preparing to leave after his imminent 18th birthday and new arrival16–year-old Jayden (Kaitlyn Dever) is reluctantly becoming part of the community. All this happens at a time when Grace, faced with an unwanted pregnancy, is forced to confront and share her inner demons with a bighearted colleague and boyfriend Mason (John Gallagher Jr.) who wants nothing more than to be supportive of the girlfriend he so clearly adores. When Jayden confides in Grace about her abusive father she is slowly able to work through her own troubled past and start a new life with Mason.

Short Term 12 is a two-way coming-of-age drama, on one hand showing what it is like to spend “the best years of your life” stashed away in a place ruled by drama as much as by boredom and on the other hand portraying the people, who once having escaped the very same place, are trying to make a difference.

It offers an idea of how to navigate a world where stable relationships aren’t a given. When Mason gives a tear-jerking speech at his foster-parents 30th wedding anniversary we are left to believe that blood isn’t necessarily thicker than water. Not to say that the yearning for a conventional family doesn’t exist; in the end Short Term 12 is also a love story about Grace’s struggle to trust her partner despite having lived through a childhood that tells her not to.

Short Term 12 is also a story about the power of storytelling and indirect communication: Jayden can only open up about her abusive father through a comic she drew, Marcus’s rap brings his drug-dealing past to light, and Mason’s anecdotes at the beginning and end give the storyline a rounded framework. This isn’t only interesting as a premise but it is also a skillful approach to ridding the story of clunky exposition similar to the introduction of Nate (Rami Malek), the new guy, who can ask the questions the audience needs to be answered. 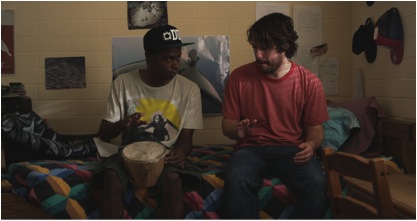 The script’s strength lies in creating characters that, although falling into certain categories, neither feel empty nor overly constructed. Short Term 12 gives depth and authenticity to its characters by letting each one of them go on their own personal journey. Jayden and Marcus have to unravel completely before they are able to build themselves back up again, just like protagonist Grace. 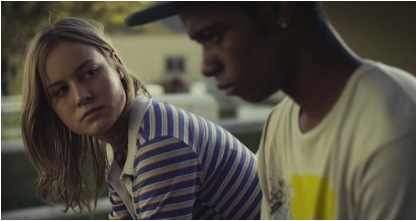 Like the kids, Grace is taking care of, she has had a difficult childhood. Sexually abused by her father and neglected by her promiscuous mother she turned to self-harm and still struggles to have a healthy intimate relationship with her boyfriend. Because of her past, she feels protective of the home children and would do anything to keep them safe. 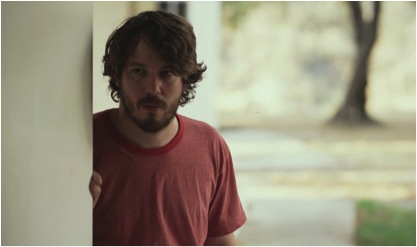 Mason is the positive force of the story, never short of an amusing anecdote. His warm-hearted, calm nature can be directly attributed to his loving upbringing. Although a foster child himself he was lucky enough to find two people he is happy to call mum and dad. He is devoted to Grace and wants nothing more than to support her and give her the family she never had.

At first sight, Jayden is the typical rebellious, sulky 16-year-old girl with a talent for drawing. However, as the story unfolds it becomes clear that the relationship with her father goes beyond normal teenage struggles. However, when confronted with an opportunity to take revenge she shows maturity by refusing to treat her father the way he treats her.

Marcus, the oldest of the group, is quiet and enigmatic. Having lived with a mother that forced him to sell drugs, he had to grow up quickly, which makes him appear more mature but also jaded and bitter. He struggles with aggressive outbursts and he is terrified to leave the home after his 18th birthday not wanting to return to the violent environment he came from. Marcus is also a talented rap artist who uses his anger and frustration to create songs that leave even Mason speechless.

Short Term 12 focuses significantly on Grace’s and the other characters’ internal conflicts and goals and therefore doesn’t offer a traditional storyline but instead uses the question of whether Grace wants to keep the baby as a ticking time bomb.

Grace’s external goal is, as she explains to new staff member Nate, to provide a safe environment for the children in her care. She feels very strongly about her role so much so that when her supervisor decides to ignore Jayden’s cry for help she takes matters into her own hands and is willing to use physical force against Jayden’s abusive father. 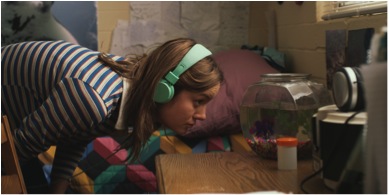 It becomes clear that her strong focus on her work derives from an internal struggle caused by her own difficult childhood. In a conversation with Jayden, she nonchalantly opens up about her history of self-harm and her mother’s constantly changing lovers. Her past also affects her relationship with Mason and makes her unable to fully open up to him, an issue she is trying to tackle especially after she decides to keep the baby. This journey isn’t easy for her but after a final confrontation with Mason, she decides to seek professional help to be able to have a stable family of her own.

Needless to say Short Term 12 is a rollercoaster of emotions but the transition between scenes is remarkably well crafted by going swiftly from crisis to happy-ever-after-moment and back again.

Short Term 12 handles radical tonal shifts like no movie I’ve ever seen. The swiftness with which the film can swing between funny and serious is astounding. Short Term 12 should be a tonally jarring mess, but Cretton makes the shifts feel seamless and fitting.

Set up: Grace is a supervisor at a group home for troubled teenagers. She works together with her boyfriend Mason and is introducing a new member of staff to the facility.

Strong Movement Forward – minute 16 – Grace finds out she is pregnant

End of Act I Turn – minute 20 – In a failed attempt at intimacy Grace is left frustrated at her inability to have a normal, loving relationship with her boyfriend

First Trial – minute 33 – Grace tells Mason that she is pregnant; they decide to keep the baby

Midpoint – minute 55 – Jayden shares her drawings with Grace, a story where an octopus has to prove his friendship to a shark by feeding him each one of his arms. Grace realizes Jayden has been abused by her father and vows to not let her return to him. 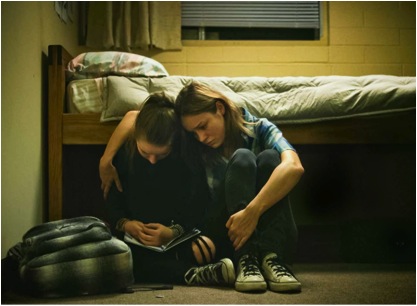 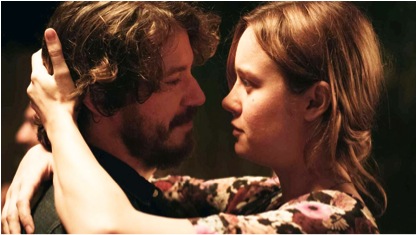 Decision – minute 74 – After a confrontation with Jason Grace doesn’t feel ready to go through with the marriage and the baby. She cycles to Jayden’s father’s house.

Point of no return – minute 78 – Grace breaks into Jayden’s home.

Climax – minute 79 – Armed with a baseball bat Grace walks up to Jayden’s sleeping father, ready to hurt him, however, Jayden stops her.

Aftermath – minute 80 – Sitting in front of the house Grace is finally able to open up about her sexually abusive father. The girls smash Jayden’s father’s car with the baseball bat. Back at home Mason and Grace makeup and she starts seeing a psychologist.