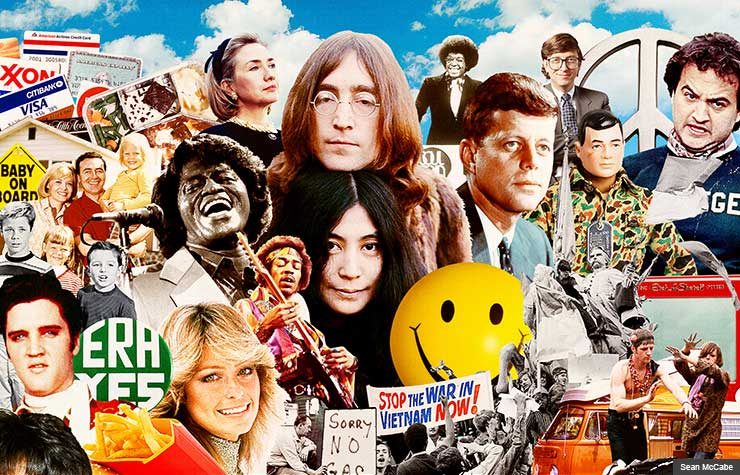 Well, the award season has pretty much wrapped up, and there certainly were a lot of great films and performances. But in recent years, I must admit, I’m feeling increasingly left out.

It was bound to happen of course, with our culture’s focus on youth and all that. But hey, I’m a Baby Boomer! Our generation, who are between 58 and 72, are not used to being ignored, and I think there are lots of great stories that aren’t being told, let alone lots of money to be made–remember there are a great number of us out there.

To confirm my suspicions, I have scoured a lot of lists, like AARP’s Movies for Grownups, films about “Older People in Love” and “Complicated Women Over 40,” looking for films about people like me in positive, compelling, or adventurous situations; films I’d like to picture myself in. But we seem to have disappeared.

These days, our age range is pretty much confined to some rom-coms like the Mama Mia’s, sad and heavy dramas like The Wife, or, weirdly enough, the newly coined “Mature Thrillers”, with Liam Neeson still kicking serious butt. Except for the “thrillers” those are the same kind of films that are made for folks even older than us, like The Marigold Hotels or Amour. As if we’re all the same after 60—ridiculous or very sad.

That doesn’t cover it for any of us, and we’re not all the same either. We grew up in a very different era, we’re typically in better shape, and not just because we’re younger, but most importantly, we still have time and energy for a couple of course corrections in our lives if the opportunity shows up.

Say you’re on the final train toward your personal destination, you think you know where it’s headed, but it’s paused at the second-to-last station. As Joseph Campbell says, “you can see a line, and there’s a story, a narrative that only makes sense at the end.” But then you see something or someone across the platform getting on another train and wonder if you should run over and jump on that one. The Sliding Doors are about to close, so you need to decide right now, and you probably will have to leave something or someone dear to your heart behind. I think the folks ahead of us have already made whatever choices they had and are on that last train ride, albeit they may have a while to go, and Gen-X’ers are a couple of stations back. But the Baby Boomers are just pulling in to the station, they’ve got at least a few more choices ahead of them, and if they’re really lucky, they’ll make the right ones. Transitions, tough decisions, and a ticking clock. Sounds like fertile ground for great stories, but I can’t find any films about it.

One reason we’re not seeing such films, especially any romances, is that half of us are excluded from the party. It’s old news that roles fall way off for women after 40, let alone after 60, while the men carry on and the age gap just keeps widening. A lot of the current lists about “older romance” include films with Jack Nicholson and Dustin Hoffman, well into middle age, but supposedly still hot enough to attract much younger women. Seriously? I never got that, even when they were young.

Today, we have Michael Douglas with his endearing prostrate jokes in The Kominsky Method, but even he couldn’t resist bedding himself down with Nancy Travis, 18 years younger, to show he’s still a stud. Maybe she should have gotten that “Best Actor.” But whatever the guys think (or are assumed to think), I find it hard to envision a romantic relationship with 15+ years between the characters, unless, perhaps that’s the heart of the story?

Another reason we’re not seeing the films is that we’re missing from the ranks of screenwriters, too. Turns out writers over 40, including older white men like me, are considered an underrepresented group by the WGA. Not the most egregious form of discrimination to be sure, and it’s much worse for women screenwriters of any age, but it all reflects the lack of Baby Boomers’ voices these days. It’s not that our stories are more important than anyone else’s, or that we expect to be let off the hook for a lot of the mess we caused—that alone could generate some compelling stories. But I’d sure like to see some films that make me think “that could be me” instead of “I guess I missed my chance.”

Like what, then? For one last romance, how about a Before Sunset where the protagonist runs into the one who got away but it’s 40 years later instead of 10. In the original, Ethan Hawke blows off his wife to stay with Julie Delpy, which was a missed opportunity for more complexity and nuance. But it would be an even more difficult choice if there’s a long, if imperfect marriage, grown children, a related circle of friends, and you must decide if it’s worth tossing all that for maybe a foolish clutch at lost youth. 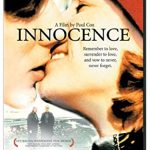 There’s a lovely 2000 Australian film called Innocence with this premise, although that one is a better fit for the class ahead of us (the men were close to 80 even if Julia Blake only 63), so it could certainly be updated for a couple of Boomers today.

Someone could also update The Big Chill, one of the defining films of our generation. All the actors are still here, so we could have a Richard Linklater-type series, and there would surely be a lot to talk about after all those years, successes and failures, what-if’s and some sneaking around after dark. I wonder what happened to that kid that Kevin Kline and JoBeth Williams made? A caution: it’s important that any of these film ideas resist the temptation to wallow in nostalgia, which would be especially tempting with this one, or else even us Boomers will be bored.

For an example of last adventure, how about Tom Hanks, who’s finally in his 60’s, making another Dan Brown film running around the world to try to save it, but with an old flame who’s his age for a change. There isn’t anything extraordinarily athletic in those films (I didn’t say they had to be great, either), and lots of male and female Harvard professors are very good at what they do precisely because they’re older. But in The Inferno, he’s running around with Felicity Jones (yikes!) for a while, then finally with Sidse Knudsen, a mere 12 years younger. Maybe she’s one of his former students.

The Face of Love (2013) Mockingbird Pictures 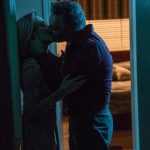 I did find a couple of lesser-known films featuring almost-old-enough women in romantic roles with men not that much older, including The Face of Love, with Annette Benning and Ed Harris, Love after Love, with Andie McDowell and some other guys, and Late Bloomers, with Isabella Rossellini and William Hurt. In the last year, we have seen Gloria Bell released, starring Julianne Moore and John Turturro. Interestingly, all four women were/are 58, the age of the very youngest Baby Boomers. Maybe it’s sayonara to roles like that for us–there must be a secret agreement. But I think any of these films would work just as well, maybe more poignantly in some respects, with a few years added to everyone.

I’d be remiss if I didn’t give a shout-out to Meryl Streep, our generation’s leading lady, for making The Post, perhaps the only recent film with a female baby-boomer, in her 60’s, as the boss in a serious and realistic (because it really happened) situation. She’s done more than her share of the rom-coms too, but it was likely her star power that got the studios to take a risk on a story about an older woman. Meryl has also founded The Writers Lab to support and mentor women screenwriters over 40, so we hope to see some fruits of that soon. I do hope a few are over 60 because I’m personally not so interested in waiting for the Gen-Xers turn this corner. There’s the matter of their music, after all.

My takeaway is that complex, serious stories, let alone love stories, about Baby Boomers and what we’re facing now will continue to be MIA until there are more Boomers writing the screenplays, especially women. This, in turn, should deliver more roles for Boomer women. Other than The Writers Lab, I have no idea how to push that, but perhaps some grey hair among the gatekeepers, like script readers and contest judges, would help. We may still have become more educated in sex-positivity to lose the aversion to seeing older bodies because I don’t think too many of us Boomers really have sex under the covers with a shirt on. On the upside, we’re the first generation to exercise and eat right, though, so you might be surprised. 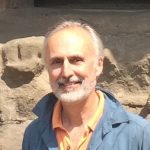 Alex Achimore is a veteran Baby Boomer, architect, art teacher, film buff and fledgling screenwriter who is putting some of his life experiences into projects about his generation in the here and now.

Alex is currently working on a feature about running into the one who got away 40 years ago and a short about a 60-something man trying to talk his college girlfriend out of killing herself.