Photo by Alex Ivashenko on Unsplash

When we think about our favorite movies or TV shows, what do we most often remember? The climactic endings. Rachel getting off the plane to reunite with her true love, Ross, at the end of Friends. The spinning top at the end of Inception. But there needs to be a churning build-up of emotion and tension in the middle of the movie/TV series order for that ending to stick perfectly.

Specifically, we need a slow-burn of ‘longing’ which as defined in Merriam-Webster’s dictionary, is “a strong desire for something unattainable.” In Friends, Ross and Rachel need to pine for each over many seasons of falling in love, breakups (“we were on a break” will forever be the most hated phrase of the ‘90s), babies, heartbreak and emotional development before they can finally get together. In Inception, Leonardo DiCaprio’s character, Cobbs, longs to be reunited with his children, but he must first confront the guilt surrounding his wife’s death by traveling deep into his subconscious.

In this article I’ll be looking at two very different pieces of cinematic storytelling to examine the concept of longing as a curse for characters to overcome in film and television; Mad Men and the movie, Your Name. If you haven’t seen either of these shows or movies, don’t worry. I provide a brief overview of the plot for each one. And, spoiler alert, examining how longing plays into these stories climactic moments and resolutions. 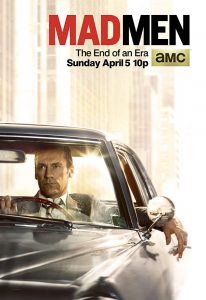 At first glance, Mad Men—AMC’s darling which helped fan the flames of the “prestige TV” craze that unfolded in the late 2000s—might not seem like the most obvious case study in longing. At the start of the show, Don Draper is a handsome man working to sell advertising as the head of the creative department at the firm Sterling Cooper in the 1960s. And he seems to have the American dream in a nutshell. A great job that fulfills his creative passion (and pays him a lot of money). A gorgeous wife, two kids and a house in the suburbs.

But we quickly learn that there is more to Don than meets the eye. He hides his dark childhood history of poverty and abuse. Younger Don (then known by his real name: Dick Whitman) struggles to escape his misfortune, which he only accomplishes by abandoning his identity altogether. While fighting in the Korean war, Dick steals the identity of a fallen soldier, leaving behind his past and transforming into the suave corporate executive— “Don Draper.”

But Don is haunted by his past, which he keeps a secret. He first longs to escape his past, which he does by finding the gorgeous housewife of his dreams (Betty) and a great job. Don thinks that once he attains this model of American success, he will be happy. But Don quickly finds himself discontent with his manicured life and longs for something more. More happiness. More thrills. He jumps from lover to lover and new project to new project.

As he grows older and feels out of touch with the world around him, he longs to be a cool, hip guy—to feel young again—which is one of the reasons that he decides to marry his exuberant, twenty-something secretary: Megan. But that longing is also temporary, and Don grows upset over Megan’s professional ambitions of acting. So, Don ends up cheating on her. Throughout the series, Don longs for kinship with someone who can relate to his struggles, whether it’s Peggy—Don’s protegee—or Anna Draper—the wife of the soldier whose identity Don steals—or one of his downtrodden lovers.

Don Draper’s personal journey pulls Mad Men along through a series of transient longings that mask Don’s real pain (his real longing): how to cope with the pain of his past rather than try to escape it. This principal longing coincides with one of the series’ central questions: can Don ever be truly happy? Can he become the better person that he aspires to be? Mad Men is a great example of how longing can work not only as a plot device to propel a TV series forward, but also link directly to the theme of a series.

One of the advantages of a TV series, as opposed to film, is that you have more time to explore this concept of longing, allowing characters to gradually evolve along with their desires. 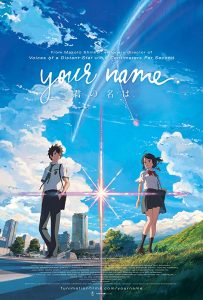 Movie: Your Name (Kimi no Na Wa in Japanese)

Your Name was a hit in the Japanese box office (and the highest-grossing anime film of all time) for a reason. This heartfelt romantic drama packs in absolutely stunning animation with a compelling love story propelled across time and space. If you’re a fan of the works of other Japanese filmmakers, such as acclaimed animator Hayao Miyazaki of Spirited Away fame, then you’ll want to check out this film (along with director Makoto Shinkai’s other works).

The story starts in modern-day Japan with two teenagers. One is a boy named Taki who lives in Tokyo. The other is a girl named Mitsuha in the countryside of Japan. These two teens somehow swap bodies in a Freaky Friday scenario. They communicate with each other through text messages while they’re body-swapping. Moreover, they begin to long for each other when they’re back in their normal bodies. One day, Taki is unable to body-swap with Mitsuha and grows concerned. He travels to the town where she lives—Itomori. There, Taki receives information that will alter the course of the story and shock the audience: Itomori was obliterated by a comet that hit the town three years ago. Taki was communicating with a Mitsuha who lived in Itomori three years ago. When the comet hit, Mitsuha died and stopped body-swapping with Taki.

Through a plotline involving Japanese spirituality and a bit of time travel, Taki meets with Mitsuha in an alternative timeline and manages to convey to her information about the comet, which she uses to save the people of her town. So, in this new timeline, Mitsuha survives. But there’s a catch: Taki and Mitsuha no longer remember each other’s names. Or any of their memories of each other. As Mitsuha and Taki transition from teenage to adult lives (the beginning of Act III), they’re filled with a deep, bitter longing for something (or someone) that they can’t quite figure out. They feel empty—as if they’re missing a part of themselves—but they don’t know quite what they’re missing. Even though Taki and Mitsuha—who moved to Tokyo after the comet hit her hometown—both have good lives in the big city, there’s a feeling that something is incomplete with their lives. Taki’s seeking a good job after graduating from university, so his feeling of longing echoes the general sense of searching that is often observed to hit recent college graduates.

This sense of longing in Your Name captures the yearning that people feel throughout their lives as they seek out the perfect job, hobby or partner that will complete their dream. The missing “X factor” that will give their lives meaning. When Taki and Mitsuha finally lock eyes at the end of the movie, they realize that they were looking for someone all this time: each other. Their longing is fulfilled as they reunite and simultaneously utter the film’s final line: “Can I ask you…your name?”

So, one of the advantages of a film, as opposed to television, is that you get to quickly wrap up that longing through a one-off, emotional catharsis that makes the audience feel good: the film’s climax.

Look at a few of your favorite films and TV shows. And ask yourself how they utilize longing as a necessary obstacle to aid and facilitate narrative development and character growth? Better yet, how can you use this concept in your own stories? 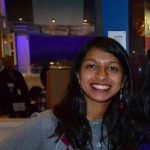 Tara Yarlagadda is a multimedia storyteller, freelance journalist and erstwhile novelist and screenwriter.

You can find her screenwriting musings on Twitter @TaraYarla and other related work on her website at tarayarlagadda.com.