How To Write An Elevated Horror Script

The date was January 23rd, 2017. The place, the Sundance Film Festival. That day saw the premiere of Jordan Peele’s directorial debut, Get Out. Like many other cinema-goers, I was completely blown away with the film. So too was Hollywood. A year later Jordan won the award for Best Original Screenplay at the 2018 Oscars.

Undeniably, the last 2-3 years have given horror film fans some of the best films in cinematic history. From the big screen to streaming sites, horror fans have been spoilt rotten. A Quiet Place, It, Hereditary, The Killing of a Sacred Deer – from auteurs to indie to studio, everyone seems to love the genre for telling elevated stories about contemporary problems.

2019 looks like it will be no different as a plethora of the most highly anticipated films this year are from the horror genre. Notably, Jordan’s follow-up Us, which again examines the idea of the “haves” and “have nots” this time via the concept of doppelgangers.

So, the question naturally occurs “What can we learn from these modern reinventions of the classic horror story?” What are the key lessons that will make your horror spec script stand out in today’s busy horror market?

To find out, let’s take a look at some of the most innovative horror films from the recent past and see how they went about overturning genre conventions and breathed new life into the horror genre. 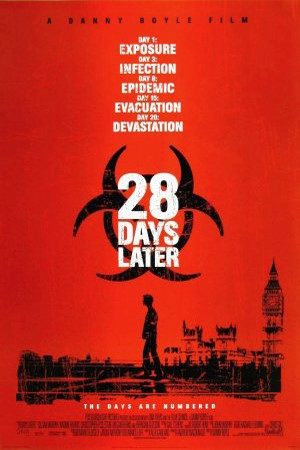 28 Days Later is undeniably one of the best horror films in history, bringing a new lease of life to the walking dead themselves – Zombies.

Gone was their trademark painfully slow walk of death, writer Alex Garland gives birth to a new breed of sprinters with ruthless aggression. This upgrade was crucial to introducing a new level of terror to the audience of its day.

Alex also offers an alternative “origin” exploring a virus infecting humans turning us into mindless aggressors. This gives more of a sense of “realism.” A virus outbreak appears more plausible today than rising from the dead. This virus based explanation also provides great reasoning to how and why consuming human flesh spread the disease.

Its infamous opening sequence of a lone man who wakes up from a coma wandering a completely deserted London sets the scene perfectly. The audience is immediately intrigued and the quite and still opening shots of London juxtapose poetically with its twist on the Zombie sub-genre. This post-apocalyptic London is also eerily “real” – can you imagine a city like London to be completely free of traffic let alone humans? 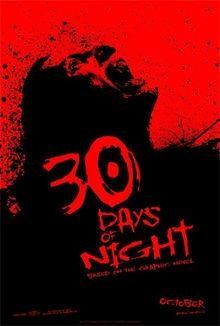 Based on the mini-series graphic novel by Steve Niles, 30 Days of Night leaves fans salivating with its take on Vampires.

The film is set in an Alaskan town during a 30-day long polar-night. This choice of setting is sheer brilliance as it offers an “all you can eat” buffet. It invokes fear into the audience as it allows their imagination to run wild – what would we do? And again brings an environmental realism to the story which becomes the ultimate survival thrill.

These vampires are sheer animals. They are brutal, fuelled by their lust of blood feeding, leaving a massacre in their wake. They are in their element – like children in a sweet shop – and your best chance of survival is to somehow last out until the sun finally rises. 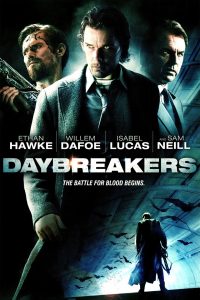 The Spierig brothers offer an alternative take on the vampire, which is one of my personal favorites.

Again, we see a virus outbreak, but this time the virus turns humans into vampires. Set ten years after the outbreak, the world faces an epidemic as a blood shortage causes hysteria and gruesome mutations.

What makes this unique is the protagonist is a vampire when we usually associate them to be the antagonist.

After a truly powerful opening scene that introduces the audience to this world, the story explores the adaptations this world had to make through our protagonist’s eyes. These range from underground subways,  blacked out cars with full video-assisted driving and a central system that countdowns to sunrise.

Living like a vampire isn’t portrayed to be “glamorous” as some literature does. The grave consequences of the human population becoming blood-suckers is starvation. No humans mean no blood and the film pushes this to the limit. 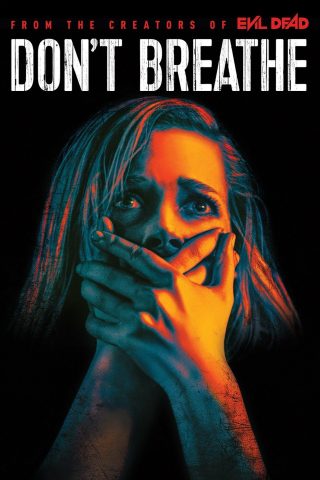 Another personal favorite, Don’t Breathe has a gripping concept which literally makes the audience hold their breath at times.

In this modern classic, someone who might be thought of as an easy target, a blind army veteran, uses his acute hearing to fend off house invaders. Similarly like Daybreakers, the story’s “protagonist” is not who you’d expect. The audience learns early on why Rocky robs from the rich – so she can leave her abusive mother and alcoholic boyfriend and start a new life with her little sister.

When the house invasion goes wrong, the audience is on the edge of their seats praying that Rocky will get out of there alive.

The victim becomes the antagonist yet the audience sympathizes with him, blurring the boundary between the two. 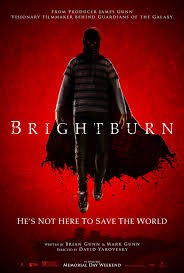 One of the most anticipated films of the year, Brightburn offers a refreshing take on the superhero film.

Leaning heavily on Superman’s origin story at its core, the writer adds a twist to bring it into the horror genre:

What if Clark Kent used his powers for evil?

Instantly, you have played the film out in your head. It’s a story that many are familiar with but this twist tackles the nature vs. nurture question is an original and exciting way.

So, what can we learn from these movies? Firstly, horror works well when it plays on contemporary and socially-widespread fears. Introducing exaggerated concepts born from every day “news” provides a cunning, empathetic hook for your audience. Likewise, swapping out mythical locations for extreme natural environments can ground your horror spec, whilst allowing for elevated commentary on today’s key preoccupations. With rising sea-levels again in the news, perhaps it is time for a new take on “Don’t Go in the Water.”