How to make your screenplay “Producer Friendly.”

Like you, I’m a screenwriter whose dream is to see my work produced. Some may want to pursue a career as a Writer/Director to achieve this. With the technology available to us, it couldn’t be easier to make a film today. However, this isn’t right for everyone – myself included. Aside from entering the Shore Scripts Short Film Fund, how can you make this happen?

You may have written a few scripts that you think are ready to sell but pitching for the majority of writers can be extremely daunting and scary. For some of us, it can feel unnatural, as all we want to do as writers is WRITE.

So whether you are ready to pitch or about to start a new project, consider yourself as a PRODUCER at the same time. Here’s why:

Every writer on the planet has heard of the saying: “Write what you know.” But let’s take that saying and rather thinking as a writer, let’s think as a PRODUCER.

You may have thought about approaching Producers, Agents, and Managers through Social Media. By looking at their profiles, you can find out what projects are currently selling and make assumptions about what they are looking for. Many writers will do this to determine who to pitch their completed screenplay to. But you can also do this when you are about to START a project. 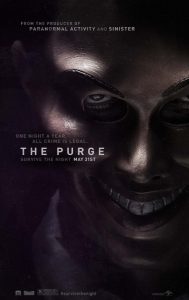 As an example, let’s take a look at THE PURGE from a PRODUCER’S perspective. If we were to strip the story down to its core, the film is about a father who must protect his family from house invaders.

From the start, this is a Producer’s dream as we have one location and minimal characters. That’s their job – to produce, and simple budgets help. In other words, to take what you have written on the page and make it a reality as easily as possible. But producers are also looking for an elevated concept. How can I make this story unique? WHY is this family housebound? Here THE PURGE excels:

For 24 hours, all crime including murder is legalized in an annual event known as the Purge. The only place you can be safe is in your own home.

Not only have you elevated the concept, but you also have a hook that will attract producers etc. when it comes to pitching the script. This should make it easier for those who find pitching difficult as you know WHY Producers will be excited about your script.

Constructing the story with the PRODUCER in mind shows you understand the business side of filmmaking (which Producers, Studio Exces etc will appreciate greatly) and is a great tool to use as you begin to plot the story.

Look at how THE PURGE presents the hook but keeps it contained in one location. We follow a family as they secure their home choosing not to participate in the annual Purge. It’s simple but effective storytelling. Choosing to follow a family preparing to exclude themselves from the annual Purge immerses the audience into this world and addresses the moral questions the audience have about the Purge.

Next, we would need to create tension and put characters in their worst position possible. THE PURGE yet again chooses simple but effective storytelling to do this. During the annual Purge, Charlie lets in a wounded stranger into their heavily secured home. This simple act of humanity is overshadowed by fear which intrigues the audience. Things go from bad to worse as Charlie unintentionally brings the Purge to their front door. Now fully committed to the story, the audience wants to know what happens next.

Currently, I’m working on two psychological horror scripts. As both heavily feature children, I have to be very careful in what I include on the page in terms of what scares. This is where I have to forward plan and think as the Producer.

To do this, I study Blumhouse Films such as SINISTER and INSIDIOUS along with others that thematically have the same flavor. Films such as THE OMEN, THE BABADOOK and ROSEMARY’S BABY. I’ll read the script and then watch the movie to see how it translates on screen. As I begin to plot these two films, I take into consideration what I learned from my research and critic it mentally at the same time how a Producer might do. 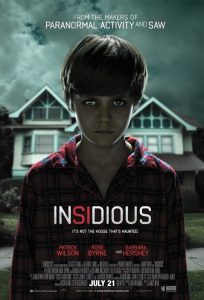 In my research, I found that one scene in INSIDIOUS changed during production. It is when Renai and Josh argue after Renai’s altercation with “The Man.” In the script, their youngest son Foster witnesses the argument and is terrified feeding off Renai’s fear. In the film, however, they remove Foster. As a writer, this is very insightful. It suggests that in production, they deemed it inappropriate to put a child actor in that predicament. This highlights a Producer may interpret a scene differently than how you, the writer, may do.

So before you write your next script or perhaps before you embark on a rewrite, consider thinking as a PRODUCER. 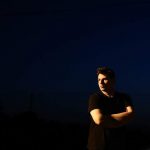