How To Be Productive As A Screenwriter 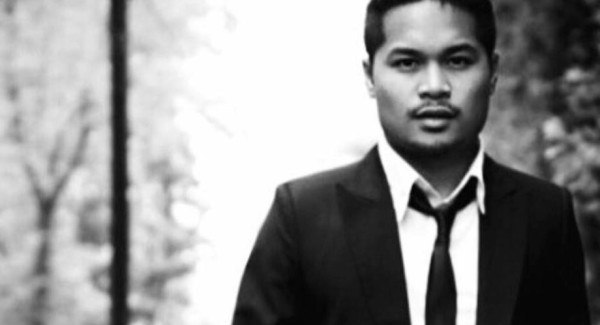 Olivia Brennan recently sat down with Erman Baradi, co-founder of The Film Empire to discuss exactly how he manages to balance such a productive writing schedule alongside his many other commitments, including organising a series of celebrated industry networking events.

Olivia: As a writer and producer, you know all about keeping to deadlines and prioritising a heavy workload. Could you give us some details about how you manage your workload and any tips you have that helped optimise your time wisely?

Erman: For those who know me my days consist of emails and writing. So, whether it is getting a panel event lineup together or putting together mentors for Hollywood mentorship contests, I spend a lot of time behind a screen. When there’s light out I work on events, developing or producing projects, networking, social media, etc. When it’s dark I tend to hit my stride creatively. For me to prioritize I cut out the clutter. What I mean by removing the clutter is things that only have one purpose. If watching Netflix for several hours at once is simply for enjoyment, cut it out. However, watching Netflix for several hours because it’s fun AND homework as a storyteller? Keep that. On Fridays and Saturdays, I only go out if it is for networking. Otherwise, I stay home and devote myself to work. If I need to go out for a walk or be in public to get inspired creatively, I do so. I tell myself if I write something, anything that day it was a good day. Don’t put pressure on yourself.

Olivia: Do you have any advice for writers if they know they are taking on too much, or may not make a deadline. How can they handle this in a professional manner and make sure it won’t be a regular occurrence?

Erman: I’m still growing in this aspect myself so it’s not like I have dozens and dozens of finished projects out there. I’ve spent several years laying down a foundation for myself and building a network of people while working on the craft of writing. This way, I want to make sure the content I make is of quality and made alongside amazing people. So, the writing advice I want to give to others should be taken while keeping in mind that you may have more in the can than I do. With that said, I believe some of the biggest stresses we have as creative people are self-imposed. Is the deadline something you put on yourself? If so, be realistic with yourself. Don’t get in the habit of pushing back deadlines but if it is an absolute must, go ahead and give yourself some breathing room and adjust.

Olivia: Can you talk about current creative projects you’re working on, the challenges it presents in fitting into an already busy schedule, and how you manage to fit this into your usual routine?

Erman: Because several projects I am in the early stages of involve people who have spoken at our events before or have been a part of our contests, meaning they’ve already made names for themselves, I wouldn’t want to speak of these without their approval first. However, I can drop some hints of what’s to come. I’d love to write something that takes place in multiple cities. I’m a fan of both film and television, so I’m writing for both mediums. Another goal of mine is to work something for the stage, so I was fortunate enough when someone who worked on a very popular animated film within the last few years approached me about developing something on stage with him. Of course, I’m busy with my constant flow of panel/party events and mixers, but from the beginning these events are a means to an end toward my goal of content creation for film and television. On the other side of things, folks can catch our contests at TheFilmEmpire.com we’ve been working on for a while now. We have our Diversity, Cinematography, Composer, and VFX most recently launched! If it’s your passion I don’t think you’re ever “too busy” to fit it in your schedule! It will naturally become a part of your routine. For events, so many people have asked me to do a Q&A on networking so Friday, June 1st I have my first live interview in West Hollywood, in addition to other guests that night. When I first started doing events one of my purposes was to do something humanitarian. My next edition of Hollywood Chills, in which I donate portions of proceeds to causes or foundations, is on June 15th in LA. Then I hit Toronto for the first time on June 21st. Outside of those, I am devoting a lot of time to developing and outlining content and stories!

Olivia:  Networking as you know is a crucial part of being a writer or filmmaker, what do you advise on managing and maintaining a healthy work/life balance?

Erman: I’m glad you asked this! I’ve had this very discussion with friends recently. Look, I know a lot of people feel that when they’re at a point in their career they must focus on work and just work. They find themselves on the brinking point of something big, or they experience the opposite where they think their career is stuck and they need to devote all the time they need to work. Here’s how I see it. Whether you’re on the brink of success or are in a dark place, why would you purposely go at it alone? Have a support system! Let people in, don’t shove them out! By the time you find success you may turn around and no one’s there. I think it’s important to still have the personal life intact to balance your work life.

Olivia: How do you go about setting and achieving your goals, for example – how do you ensure that your task priorities align with your own goals and commitments?

Erman: For me, I don’t plan it unless I know it contributes to my end goal. So, that in a way is part of removing the clutter. Anything left over that feels trivial is a part of hitting those bigger goals. Think of outlining your day as outlining your screenplay. It should all lead to the end. But sometimes, you do need a “me day.” Maybe put all the trivial stuff like laundry and car washes on one day. That way, your creative time isn’t interrupted by the small stuff in between!

Erman Baradi is the co-founder of the Hollywood event series MixKnowledgy that takes place in LA, NYC, Chicago, Virginia, Miami, and London, as well as The Film Empire mentorship contest series, and his new venture Ermantourage. You can find all the details of Erman’s events on Eventbrite and you can follow Erman on Twitter – @erman_la

Olivia Brennan is a 28-year-old screenwriter & blogger. You can find more of her articles covering industry interviews, writing craft & filmmaking tips over at her blog Into The Script, and you can follow Liv on Twitter – @LivSFB