DO UNTO OTHERS: An interview with Matthew Muchka. 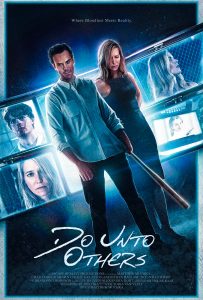 A grieving father confronts his child’s killer on live television and must decide if the revenge his family wants is worth his soul.

Born and raised in suburban Wisconsin, Matthew Muchka is a filmmaker now living in Los Angeles, CA. Working in reality television for various networks over the years Matthew has been a part of several genre-defining programs, including Fear Factor, Deal or No Deal and Wipeout.

Matthew was a Shore Scripts winning screenwriter in 2018 with his Short Screenplay Do Unto Others. Having recently completed post-production we talked to Matt about the process of taking a story idea beyond the page and onto the screen.

SS: So, what happened after you won our screenwriting contest? Did you immediately decide to make your short film?

MM: I decided to submit Do Unto Others to Shore Scripts as an attempt to gauge the strength of the script. Once I found out that the script had been selected to move onto the quarterfinals I began pre-production. I had not entered a screenwriting contest before so to make it to the quarterfinals was a huge boost and helped restore my confidence leading me to believe that there could be an audience for Do Unto Others.

SS: The premise of Do Unto Others is focused on family, and family is clearly important to you. How important was family in being able to make your short film?

MM: I found my creative voice once my first child was born and I experienced that unadulterated love and devotion that came with fatherhood. Understanding that love helped me change the way I looked at the work and helped me to better find meaning in stories that I wanted to tell, making them more relatable. I tried to channel that viewpoint into the extraordinary situation that occurs in the world of Do Unto Others.

SS: What was your primary reason for making the film? Would you say it was due to the message, or were you seeking to create a short that could support the next steps in your screenwriting & filmmaking career?

MM: I have worked in reality television for the last 15 years, being lucky enough to work with imaginative and creative people. I’m proud of the countless hours of television that I’ve been a part of, however, these were not the stories that I personally wanted to tell. Looking for an outlet for my own creativity, I found it in writing. I was fortunate that a number of friends responded well to the script, we came together to make something we can all be very proud of. I believe that the goal of any short film is twofold; to practice the craft, and to spark a conversation on what other projects you have on the horizon.

SS: What do you feel was your biggest challenge in terms of getting your script off the paper and onto film?

MM: As cliché as it sounds, money was the biggest challenge we faced bringing the script to the screen. I wrote the script knowing what locations I could get for free and what props I had at my disposal. As we entered pre-production I eliminated any scenes that weren’t vital to the story in order to tighten up our schedule. Shooting in Los Angeles can be a double edge sword, you have access to world-class talent, but you also have some very expensive permitting and insurance requirements.

SS: Are there any lessons you’ve learned from making Do Unto Others?

MM: Do Unto Others has taught me that you can have a scene that is well written and beautifully performed that for some reason just doesn’t work. For instance, I needed to lose a large portion of my favorite scene in the film because it wasn’t moving the story forward. I may miss the scene, but the story doesn’t.

SS: Where are you now with the project?

MM: Currently the film was submitted to a number of festivals and we’re awaiting responses. Depending on the success of our festival run I hope to release the short online early next year.

SS: What advice might you give to upcoming screenwriters who are either looking to direct their own material, or find a producer/director for their short script?

MM: It’s okay to be nervous directing about your own material. It’s okay to be afraid to approach directors/producers about bringing your script to life. Don’t let that fear stop you from getting your film made. 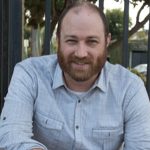 Matthew’s short film Do Unto Others will begin a festival run later this year. You can follow Matthew on Twitter @Matt_Muchka