ShareTweet
It’s the time of year when movie buffs around the world argue in pubs about the validity of Die Hard’s status as a Christmas movie. My usual response to this used to be “what the heck IS a Christmas movie?”

For me, Christmas movies were movies you enjoyed watching at Christmas with the family –  not that I ever did much of that with my family. We all had very different tastes in film. But movies like Raiders of the Lost Ark, Jurassic Park, heck, even The Terminator were regularly played on Christmas night in my house growing up. Not what you might call ‘typical’ Christmas movies.

Nowadays I have a much more rigorous test for seeing if a film qualifies as a Christmas movie.

Is the Christmas holiday integral to the plot of the film? Does the protagonist’s journey (whether physical or otherwise) embody some of the characteristics of the so-called ‘Christmas spirit’?Is it stylistically appropriate for the holiday? Okay, so let’s unpack these three concepts.

1. Is the Christmas holiday integral to the plot of the film?

Choosing the time and setting of your story in screenwriting is important. If your locations or time can be swapped out easily for something else, then it isn’t all that integral and clearly not that important for the audience to consider. Most great Christmas movies have the holiday season woven into their DNA. The films simply cannot exist without that aspect of their story.

2. Does the protagonist’s journey (whether physical or otherwise) embody some of the characteristics of the so-called ‘Christmas spirit’?

Okay, so this might be a more abstract notion, but let’s face it: in movies, we expect characters to behave a certain way at Christmas. We expect certain ideas of generosity and the so-called Christmas spirit to come into play. Even if they are subverted (recalling Bad Santa). I’ll let you decide what those ideals might be, but in my book, they need to come across in the movie.

3. Is it stylistically appropriate for the holiday?

This is a simple one. Does it look and sound like a Christmas movie? Are there appropriate music and visuals to accompany the story. No point in your film looking and sounding like The Silence of the Lambs while trying to convey a sense of Christmas spirit to your audience.

With these in mind, it becomes very easy to qualify Die Hard as a Christmas movie.

First, the holiday season is absolutely vital to the story. McClain is in town to see his family because it’s Christmas. The terrorists are capitalising on the holiday season to pull off their crime. The hostages are gathered in one place because they are having a Christmas party. Second of all, the thematic qualities of the protagonist’s journey lend themselves perfectly to the Christmas season. McClain is in town to right the wrongs of his marriage and the way he has treated his family. Like It’s a Wonderful Life or Home Alone, it’s about hitting reset on everything that’s gone wrong and starting fresh. Remember, the entire film is about McClain trying to rescue his wife (as well as the rest of the hostages). His reward at the end is a Christmas with his wife and children. Finally, the film is stylistically loaded with Christmas imagery and sound, whether it’s Christmas music or various establishing shots of Christmas trees and celebrations. Sure it gets quite bleak for a while, but there’s a reason why we debate this annually on social media – it looks like a Christmas movie after all.

It might sound strange, but Die Hard is far more closely related to other Christmas fare such as Home Alone than it’s sequels. Remember, Home Alone, one of the quintessential Christmas films is also about a protagonist trying to survive an invasion of sorts and reunite with his family. The holiday is integral to the plot and, though it could easily have just been a summer vacation which separates Kevin from the McCallisters, it’s the Christmas spirit which encourages certain characters in the story to help Kevin and his mother get that reunion.
Read more on #TheScriptDept 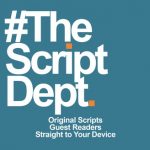