All the Write Moves: ‘Knives Out’ 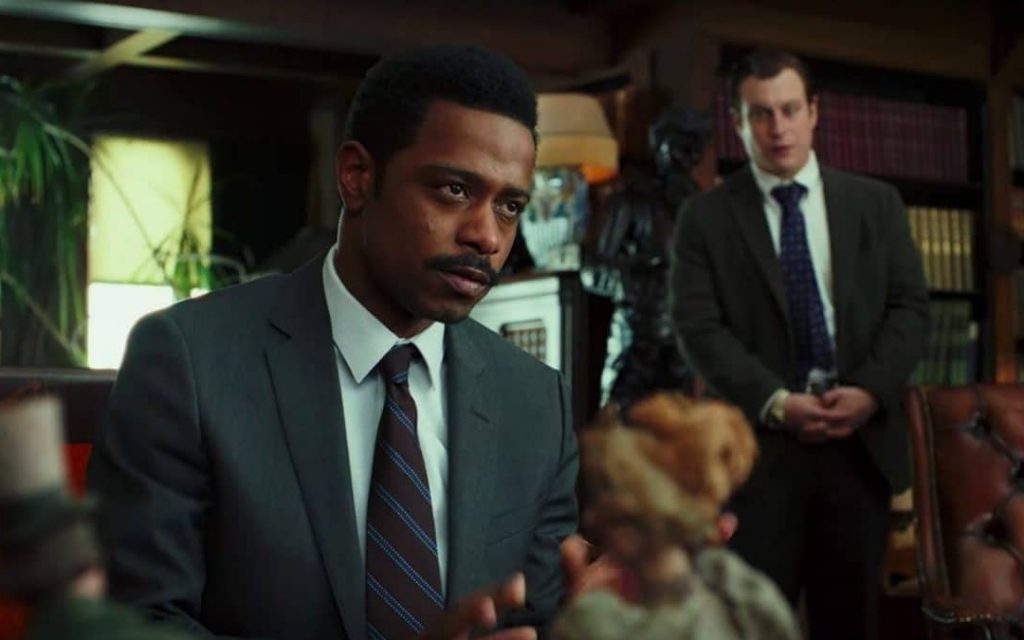 After venturing to a galaxy far, far away by writing and directing Star Wars: The Last Jedi (2017), Rian Johnson returns to his mystery roots with Knives Out, a frothy whodunnit featuring an impressive cast—Daniel Craig, Chris Evans, Jamie Lee Curtis, Michael Shannon, Christopher Plummer, Ana de Armas, and more. A lifelong devotee of mystery storytelling, Johnson launched his feature career with Brick (2005), a film noir set in a high school. With Knives Out, Johnson crafts an homage to legendary mystery novelist Agatha Christie that also vibes with his own distinctive ingenuity.

Set on a lush estate, the movie explores what happens after rich mystery writer Harlan Thrombey (Plummer) dies the day after this 85th birthday. Police, aided by private detective Benoit Blanc (Craig), interrogate Thrombey’s relatives and the members of his household staff in order to determine the truth about Harlan’s death. But as the investigators get closer and closer to solving the mystery, someone at risk of getting discovered uses deadly methods to cover their tracks. Thanks to the precision and wit of Johnson’s script, all of this gets expressed through scenes that are as amusing as they are confounding.

Enter at Your Own Risk

Knives Out offers a textbook example of a craft element that not every screenwriter remembers to utilize—the opening image. Most writers focus their attention on crafting a great opening scene, which might sprawl across multiple pages, but the notion of an opening image is something different. It literally refers to the first thing the viewer sees, and Johnson starts Knives Out with a carefully designed image that perfectly sets the playful mood of the movie.

The shot is a wide angle of the Gothic-looking mansion in which nearly the whole story takes place. The mansion is situated on frame right, and anchoring frame left are the spooky textures of a denuded tree, its branches appearing to hang over the house’s spires like tendrils of a menacing cloud. Drifting across the bottom of the frame are wisps of mist, lending the scene an extra layer of atmosphere. And then Johnson unleashes the element that kicks the opening image into overdrive—two formidable dogs run toward camera in slow motion, imbuing the image with the promise of danger and violence.

For Knives Out, Johnson either deliberately or intuitively (if not both) crafted an image that combines myriad elements associated with the whodunnit genre. The image has a creepy house, a moody environment, a symbolically resonant weather pattern—and that special something extra; the running dogs that might represent the animal cunning of a murderer whose identity will remain secret until the very end. By packing all of this information into a single shot, Johnson sets a high bar for other writers attempting to start their scripts in high style. Whether you’re just beginning to write a new script or just about to rewrite an existing script, take a lesson from Johnson. Can you contrive a visual metaphor that puts readers in just the right emotional or psychological place to fully appreciate your story?

Takeaway: A great opening image sets the table for the feast that follows.

Arguably the most ingenious sequence in Knives Out is the one that introduces Blanc. One by one, policemen Lieutenant Elliott (LaKeith Stanfield) and Trooper Wagner (Noah Segan) interview the members of the Thrombey family in order to re-create the timeline of the evening of the murder. During each interview, Blanc (played by Craig) lurks in the background, saying nothing even though he occasionally taps a key on the piano next to which he is seated.

Instead of presenting these consecutive interviews in linear order, Johnson plays a delicious game by intercutting them, thus accomplishing two things. First, this technique allows Johnson to juxtapose contradictory remarks, deepening the story’s mystery aspects. Second, it allows several Trombleys to react to Blanc’s presence until one of them finally says what they’re all thinking—words to the effect of, Who the hell is that guy? Which is, of course, exactly the question the audience most wants answered.

However, once Blanc shares his professional credentials, he opens up another mystery by revealing that he doesn’t know who hired him to investigate Harlan Thrombey’s death. He was lured to the case by a cryptic note delivered alongside a stack of cash. In the twisty world of Knives Out, solving one mystery always reveals a second mystery.

And because whodunnits are all about employing misdirection as a storytelling device, the biggest structural benefit of Blanc’s introductory sequence is not immediately apparent. By drawing viewers’ attention to a simple mystery that viewers expect will be solved quickly—the mystery of Blanc’s identity—Johnson discourages viewers from devoting total attention to the stories the Trombleys are telling the police. This allows Johnson to present several important clues in such a way that they drift right by the audience.

Takeaway: If you want to slip something by the audience, use distraction.

Read the rest of this article on Final Draft.

Peter Hanson is a Los Angeles-based writer, filmmaker, and teacher. He directed the screenwriting documentary Tales from the Script, and he teaches at Pepperdine University and UCLA Extension. He provides script consulting at www.GrandRiverFilms.com 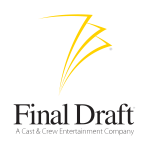 Final Draft, a Cast & Crew Company, has published Final Draft® software – the number-one selling screenwriting application in the world – for 28 years. Final Draft automatically paginates and formats your script to industry standards, allowing writers to focus on what they do best – writing scripts. Used by such industry giants as J.J. Abrams, James Cameron, and Aaron Sorkin, Final Draft software is the professional’s choice and the entertainment industry standard. In addition to its flagship software product, Final Draft offers the annual Big Break Contest – a screenwriting competition that launches careers, and awards over $100,000 in cash and prizes. Final Draft also offers the Final Draft Mobile™ app for iPhone and iPad, making creativity truly portable. To learn more about Final Draft and its products and services, visit: www.finaldraft.com